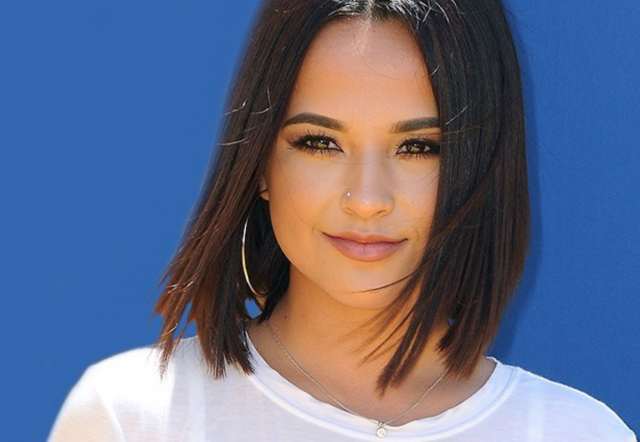 In the middle of a performance in Argentina, girl-group Fifth Harmony’s Dinah Jane suffered a bit of a wardrobe malfunction on stage.

Fellow singer Becky G had her back though, and the 20-year-old ran on stage to Dinah, with an Argentinian flag to wrap around her – but she didn’t get too far.

In the video that was captured by a fan, we see Becky run on stage to wrap the flag around the singer, but before she made it to the Fifth Harmony member, a security guard pulled her off stage after thinking that she was a crazed fan running on stage.

Taking to Twitter later address the situation, the Mayores singer joked about how she is Dinah Janes number one fan, but insisted that the security were just “doing their job”.

My arm kinda hurt but they just doing they job. 🙏🏽 ❤️

Lmao no I was telling him to go cover her booty because her outfit ripped again!