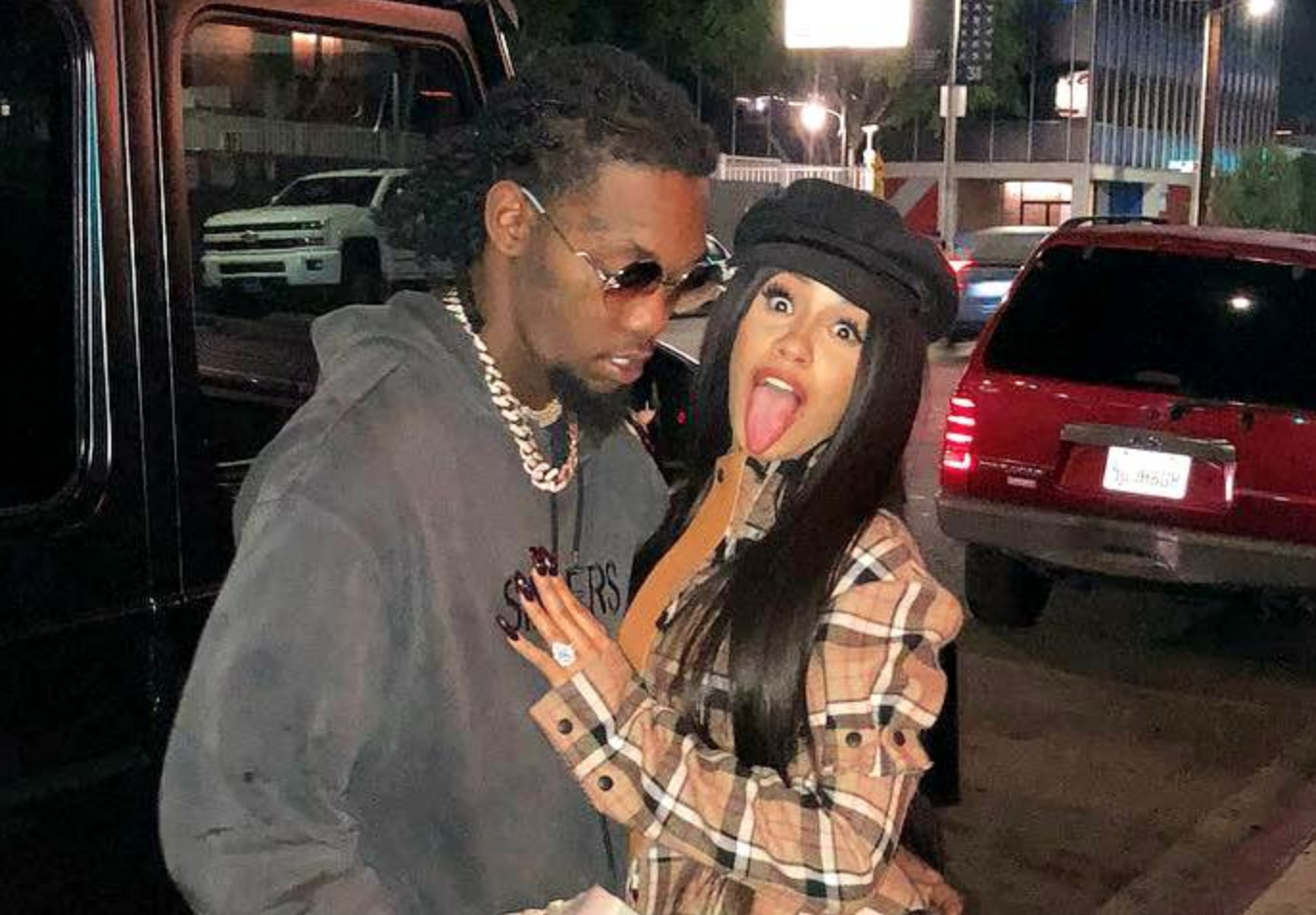 Offset has shared a fierce nude photo of his wife, Cardi B, before she surprised his fans by joining him on stage in New York.

The couple welcomed their first child in July, a girl that they named Kulture Kiara Cephus.

The new mother joined her husband on stage at Madison Square Garden in New York City and the rapper posted a racy snap of his other half on Instagram shortly before taking to the stage.

Before the performance, Cardi posted photos of herself on a private jet en route to her husband.

She captioned the shots, in which she donned a pink wig and black lingeie set, “I’m on my way to you.”

im on my way to you

Fans of the couple were delighted by her surprise appearance in New York.

She had recently pulled out of Bruno Mars tour and a performance at Longitude, among other festivals, following the birth of her first child.

“I underestimated this whole mommy thing,” she told fans when she announced she would’t be attending her scheduled appearances.