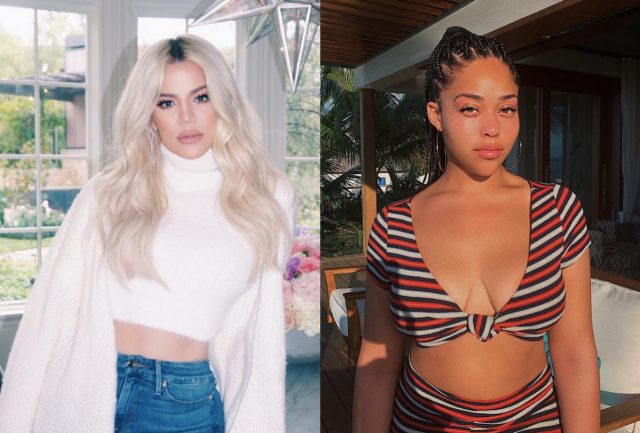 Khloe Kardashian has officially unfollowed Jordyn Woods, amid reports that the 21-year-old ‘hooked up’ with her baby daddy Tristan Thompson at a recent house party.

Khloe’s sister Kim was the first to hit the unfollow button on Jordyn, but now Khloe has followed suit – after she posted some heartbreaking snaps about ‘betrayal’ on her Insta Story yesterday.

While Jordyn is yet to make a statement regarding the allegations, a new report has suggested that Kylie Jenner’s BFF was allegedly ‘involved’ with Tristan for over a month.

Hollywood Unlocked, the news platform that first broke the ‘cheating’ scandal, have claimed that Jordyn had messaged Khloe telling her she was simply staying at Tristan’s house to make sure he didn’t get with another woman.

But when the pair’s alleged hook up hit headlines, Khloe confronted Jordyn, and she apparently admitted to everything.

A source close to the NBA player reportedly told the gossip site that Jordyn allegedly sought Tristan out, and they have been involved for over a month.

As always, the entire Kardashian/Jenner clan have rallied around Khloe since the news broke.

Just last night, Khloe’s big sister Kim furiously defended her on Twitter, after trolls started criticising her for attending a work event just one days after the scandal hit headlines.