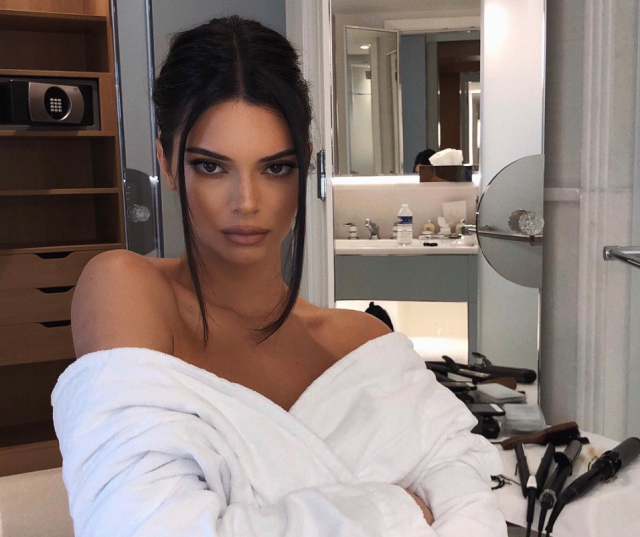 Kendall Jenner left everyone wondering about her love life after she was seen kissing her best friend’s brother, Anwar Hadid.

Before that, she was linked to 21-year-old NBA star, Ben Simmons, who was drafted to the Philadelphia 76ers in 2016.

The pair were first rumoured to have been dating in May, and have been publicly spotted a number of times.

When the two first met, the sports star was reportedly dating singer Tinashe, and Ben was accused of cheating on her with Kendall.

After the couple were first linked in May, their relationship was questioned after Kendall was papped kissing Anwar Hadid at a CFDA Awards after-party in New York City.

While the photos would indicate more, it seems the model and Hadid were just having a fun night out.

Kendall was photographed leaving The Peppermint Club on Monday night with Ben, while Anwar was seen leaving hot-spot Poppy with a new girl (not to mention a Kendall look-alike).

Kendall and Ben enjoyed the evening with some of her family members, including mom, Kris Jenner, and sister Khloe Kardashian.

Khloe was accompanied by boyfriend and baby-daddy Tristan Thompson, also an NBA star.

This was the first time the couple has been seen together since the birth of their daughter, True, and since videos emerged of Tristan reportedly cheating on Khloe.