Kendall Jenner has named Kourtney Kardashian as the worst parent out of her famous siblings.

The star stressed that all of her siblings – Kim, Kourtney, Khloe, Kylie and Rob – are amazing parents, but ranked Kourtney as the lowest in her opinion.

The model was asked to rank her sibling’s parenting skills in a game of Spill Your Guts or Fill Your Guts on the Late Late Show with James Cordon, hosted by former flame Harry Styles. 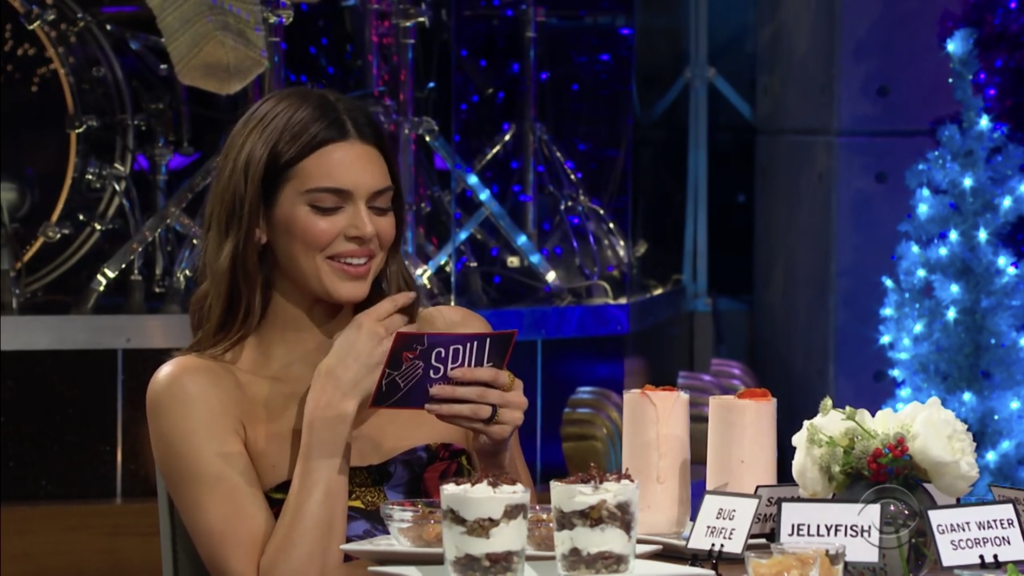 She and Harry played the gruesome game, which sees stars having to answer risky questions or opt out of answers and eat a disgusting food option from the table as a penalty.

Harry challenged the model to drink a glass of rancid, out of date eggnog, or answer the question:

“You are one of the few members of the Kardashian clan that does not have children.” 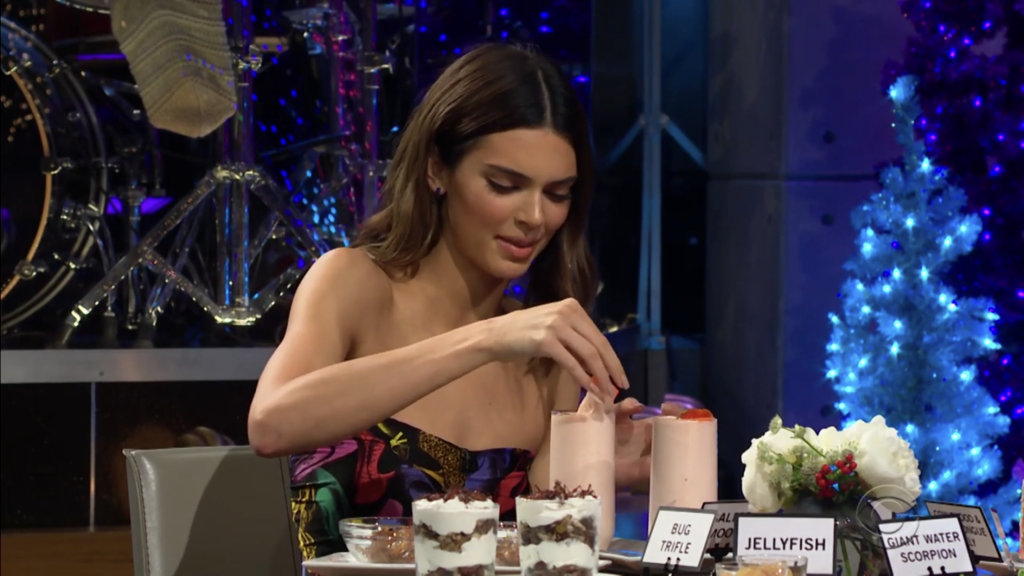 Kendall considers drinking the gone-off liquid before giving in and saying:

“I feel like I could answer it. I’ll start by saying they actually are all amazing. They really are.”

“I would say Rob is number one, and then – he’s so good to his daughter – and then… this is so hard they are all amazing!” 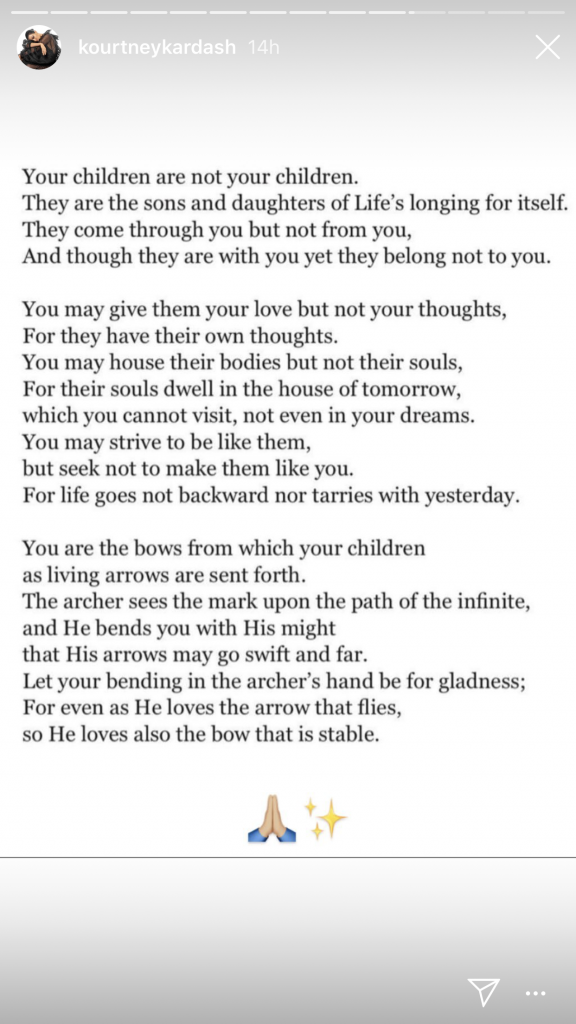 “Then it would be Khloe, Kim, Kylie…Kourtney. But they’re all amazing!”

Kendall later quizzed Harry, asking him to rank the solo music of his former One Direction band mates from best to worst.

As the show aired, Kourtney shared a prayer quote for her children via her Instagram story, along with a sweet snap of herself with daughter Penelope.