Justin Bieber has hit back at an online troll, after they criticised him for posting too many photos of his wife, Hailey Baldwin.

The singer, who married the model in secret last September, posted a photo of Hailey on Instagram alongside the caption, “No makeup. Like what??”

While many agreed that Hailey looked beautiful, some people took issue with Justin’s post.

One person commented: “You don’t need to do this. if you really love each other, just live and enjoy it without trying to presume to appear or force someone else to see that ‘YOU’RE IN LOVE’.” 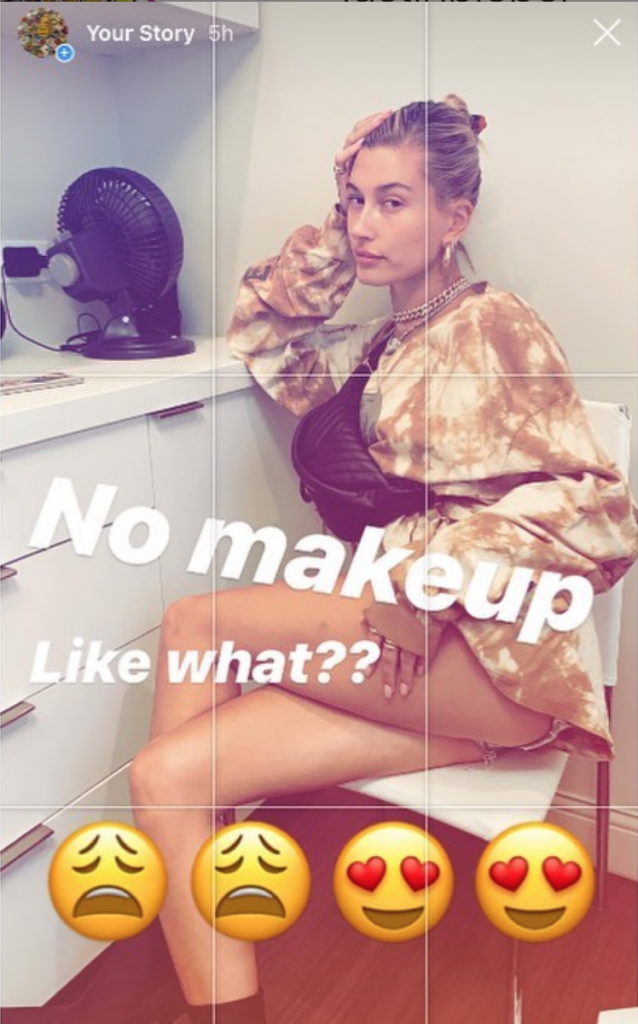 Much to their surprise, Justin responded directly by commenting: “Honouring your wife publicly is actually such an amazing respectful thing to do.”

“It’s not only reassuring to her it’s also a way of giving people something to look forward to. I’m not forcing it down anyone’s throat, YOU follow ME.”

He added: “Should I not make songs about loving my wife or being in love or is that shoving my love for her down your throat too. This is my life. Unfollow me if you don’t like what I post.”

Defending his longterm client, Justin’s manager Scooter Braun also commented: “Or you could just unfollow him and allow him to post his love and appreciation for his wife whenever he wants.”

“If more of us took his example and showed that praise maybe it would be the status quo and not the exception. Our better halves deserve the affection so why not give it to them publicly as well as privately.”

“If you don’t like it there’s a button at the top of his page. Press it. Your choice. This is his,” Scooter added.

Love Island: Connor Durman’s ex accuses him of being ‘unfaithful’ and...