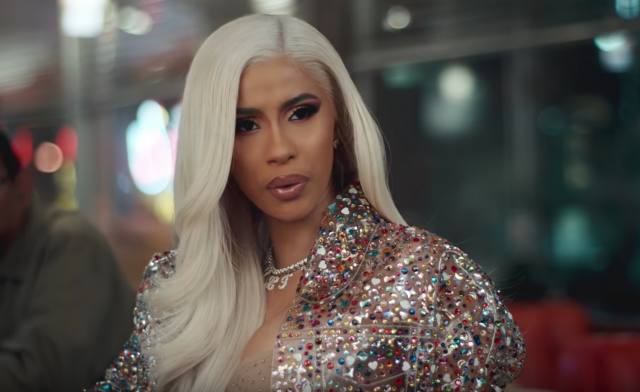 Cardi B has reacted to claims that husband Offset has been unfaithful.

The rap artist was forced to defend her husband after another woman alleged that Offset had sent her private DM messages.

The woman, named Jade, is reported to be the girlfriend of fellow rapper Takeshi 69.

She posted a video to Instagram which she claims shows the rapper messaging the he misses her.

“Your wife @iamcardib has a OPEN CRIMINAL CASE , why are you writing me you don’t respect her,” she captioned the post.

“Theirs a lot of sh*t I haven’t exposed yet , but there’s a time for that(sic)”

She then quoted a lyric from Cardi’s rap on Backin’ It Up by Pardison Fontane, writing: “I’m the QUEEN of talking s*** now I’m backing it up.”

Cardi replied to the video, writing: “Just woke up and we dealing with this s***.”

Cardi and Offset have claimed that Offset’s social media was hacked, leading to the DM being sent.

In a since deleted video, Cardi told fans: “Hey guys, so as you can see, this guy’s Instagram has been hacked.”

“We look crazy, we just woke up. We’ve been sick throughout the whole damn night.” Speaking to Offset, she said: “Anyways, you know, I know babe, you’ve done some dumb s*it.”

“Everybody knows he’s done some dumb s*it. But come on now, [he’s] not dumb, he’s not crazy, we’ve been so good, we had a sweet weekend, our life has been good, he’s not going to play himself like that.”