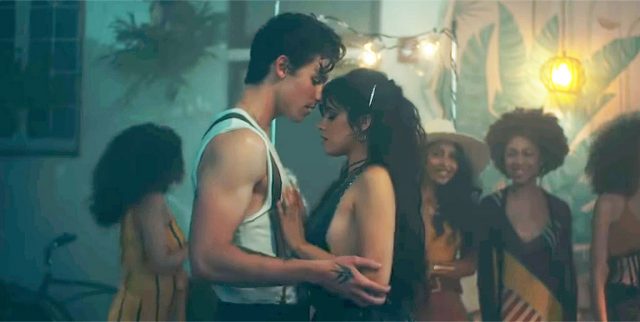 Camila Cabello has revealed why she’s remained so coy about her relationship with Shawn Mendes.

The pair have been spotted canoodling in public since early July, following the release of their hit single ‘Senorita’, but never officially confirmed their romance.

Speaking to ELLE about her relationship with Shawn, the 22-year-old singer said: “I don’t know; people can say whatever they want to say.”

“They can speculate, but at the same time, we are going to live our own lives, enjoy it, and fall for each other like nobody is watching.”

“That is how I want to live. I never want to open the door for people to feel like they are involved.”

“Like I said, I want it to be mine and [his]. That’s why I’m so tight-lipped about it: because I want to protect it,” she continued.

“Love is the most sacred, precious thing to me. I want to always feel like my love is between me and that person, and never belonging to anyone else.”

“As much as I love my fans, and as much as I love people, I like to live my life as normally as possible. In a relationship, it makes me feel uncomfortable to invite everyone in on that,” Camila added.