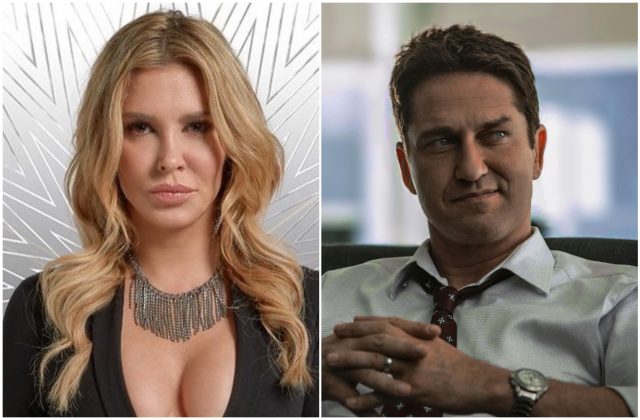 Brandi Glanville has slammed her former fling Gerard Butler, after he joked about not knowing her in a recent interview with Andy Cohen.

“So I’m not exactly sure when misogyny became so hip, cool and accepted but what I will tell you is that I won’t f***ing stand for it anymore! I’m talking to you, Gerard Butler! Honestly who the f*** do you think you are?” she wrote.

“Your behavior the other night, publicly acting as if you were embarrassed to have ever met me or had relations with me as if I were some horrid decrepit troll is not only disgusting but unacceptable. #Timesup on this kind of behavior.”

“Just a little advice for you moving forward Scorpio to Scorpio: Respect the women you invite into your bed and into your life. Whether you know their last name or not! Whether they are famous or not! Just be a proper human being.”

The 45-year-old also wrote that she has been “emotionally abused and humiliated” by “men like him” throughout her life.

“Number one, why do you think you are such a damn prize and what the f*** would have changed if you had known my last name?”

The reality star also recalled the time she appeared on Bravo’s Watch What Happens Live, where she told host Andy Cohen that she had slept with Gerard and rated him an 11 out of 10 in bed.

“So the rating of an 11 I gave you as a lover was a knee jerk reaction peace offering for having blurted out your name. I could have actually just told the truth.” she fumed.

Brandi concluded her lengthy post by writing, “So Gerry are you saying that had you known I was on reality tv that you would not have approached me and asked for my number?? Do you have something against reality TV? Are you too big of a movie star to be associated with lowly reality television personalities?

“Honestly, what would knowing my last name have changed? Are you a better level of a human being because you do movie work? For the record I am now embarrassed to have ever known you. I think you suck and my dad wants to kick your a**’.

The star’s angry blog post comes after her Twitter rant last week in which she told Gerard that he could “f*** off”.

“Gerard Butler hit on me at a party asked for my phone number called me up the next day and asked me out so if he wants to cringe now he can f**k off.”

“Gerard Butler did not [know] my last name or what I did that is true but he hit on me and asked me out end of story. Moving on,” she continued.

“I’m sorry but when you meet someone that clearly doesn’t know who you are, are you suppose to be a d**k and say bye I’m famous????”

Brandi’s comments come after Andy Cohen asked Gerard about their alleged hookup during an interview.

Gerard laughed and claimed that at the time of their fling he had no idea who she was.

“It was kind of a crazy time in my life. Anyway we hung out and had fun and I never saw her again.”

Gerard said later people from TMZ had approached him and asked about his relationship with the reality star to which he replied, “Who’s Brandi Glanville!?”

“Because I didn’t even know her last name. So I’m like ‘Who’s Brandi Glanville?’ She got pretty upset about that.”