Rachel Weisz has admitted she will always think of her co-star Colin Farrell as his over-weight character David in their flick The Lobster.

The British actress revealed she had never met the Castleknock native before shooting but he made an impression.

“I’d never met Colin before [filming]. I met him when he had the increased weight and his face and his jawline were like doughy flesh, so he will always be David to me,” she said.

Speaking to reporters on the red carpet of the London premiere of their critically acclaimed movie, Colin spoke about his own experience of piling on the pounds.

“It was not really a joy because you’re just eating for eight weeks,” he said. 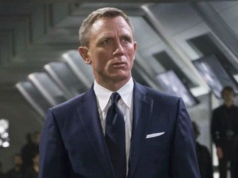